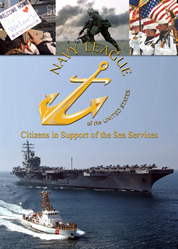 See the announcement below.

See the following link: (you may need to copy and paste in your browser)

It was a great event.

Keynote speaker for the event was Rear Admiral Sinclair “Sinc” Harris, USN (Ret). Currently serving as Vice President for Client Relationships at the Logistics Management Institute in Washington, DC, he also serves as Immediate Past President of the National Naval Officers Association, Vice President of the Navy League of the United States, and as a board member of the Navy & Marine Corps Relief Society. Prior to his retirement from the Navy, his most recent assignments included: tours in the Office of the Chief of Naval Operations as the Deputy Director, Expeditionary Warfare Division and as the Director, Navy Irregular Warfare Office/Future Concepts; the Commander of U.S. Naval 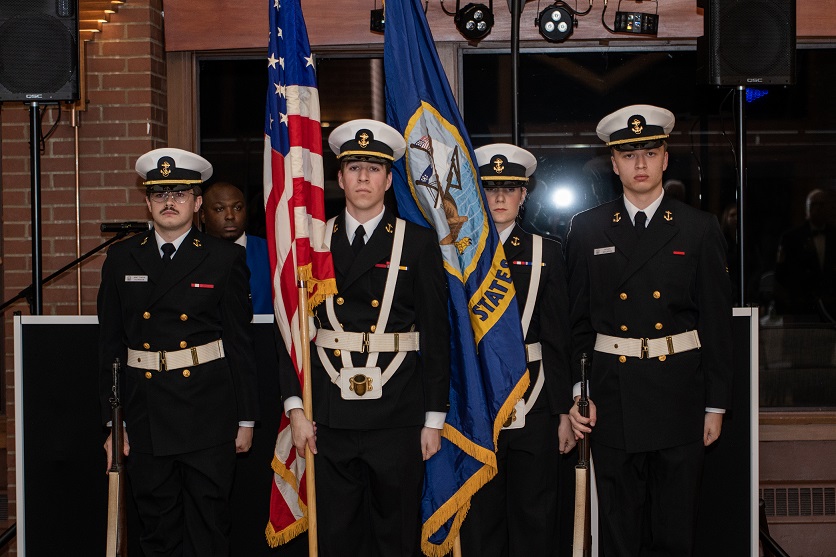 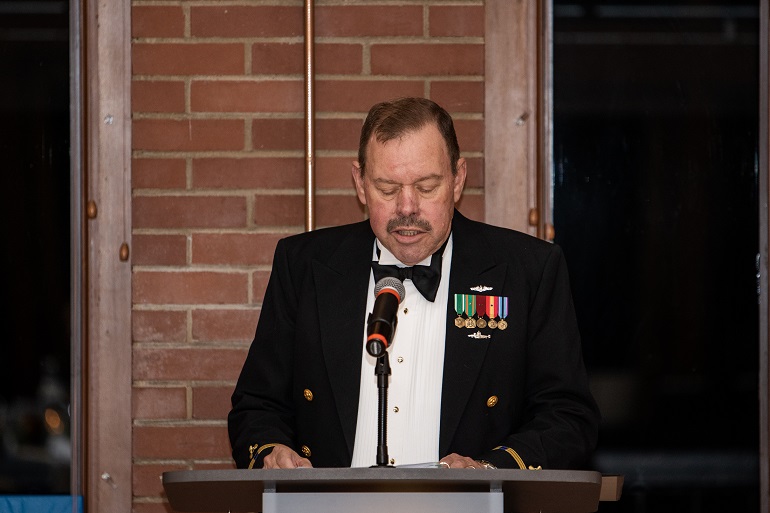 RADM Sinclair Harris delivering his moving words about core values, faith, family, our constitution, the Navy and having a healthy dialogue moving forward.

Link to the text of RADM Sinclair Harris' remarks at the Navy League Pittsburgh Navy Ball, 2022. 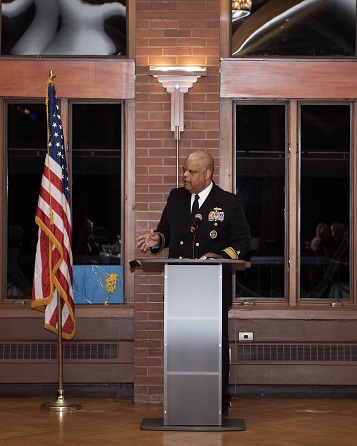 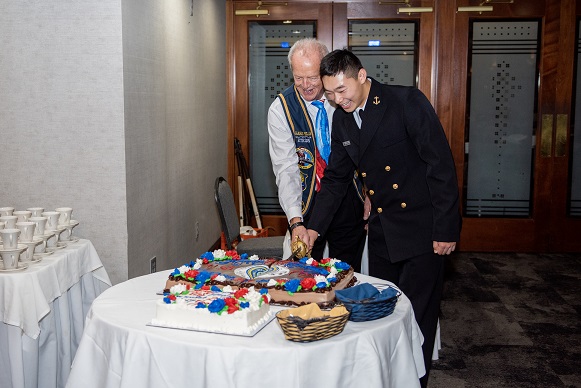 Port of Pitsburgh Newsletter all Digital

Our award winning "Port of Pittsburgh" newsletter is now all digital.  The current edition, now on this website, will no longer be mailed to our members.  This and all future editions will be sent via email to our members and continue to be posted on our website.  The benefits include reduced cost and speed of delivery.

The 4th Quarter Port of Pittsburgh Newsletter, the official publication of the Navy League of the United States, Pittsburgh Council, is posted.  See Ports of Pittsburgh tab above.

Content includes the President's message, all electronic version of the newsletter, election of officers, annual assessment of $25 to help our scare funding, membership, 2022 Navy ball, the Navy Talent Acquisition Group meeting with Vietnam Vet and Steeler Rocky Bleier and much more.

RDML Seif is Commander, Undersea Warfighting Development Center, Groton, CT.  Capt. Jason Deichler, is the past CO of the USS Pittsburgh and now the Director of Training, Naval Submarine School.  Here is a  rebroadcast of the webinar link:

Looking Forward to Exciting and Rewarding Events in 2023

The Pittsburgh Council looks forward to 2023, a year for exciting new events.

Details for events will be provided as final plans are firmed up.

If you would like to support our Nation's and local Sea Services and have fun doing so, just get in contact with our President listed on the "Board of Directors"  tab above. 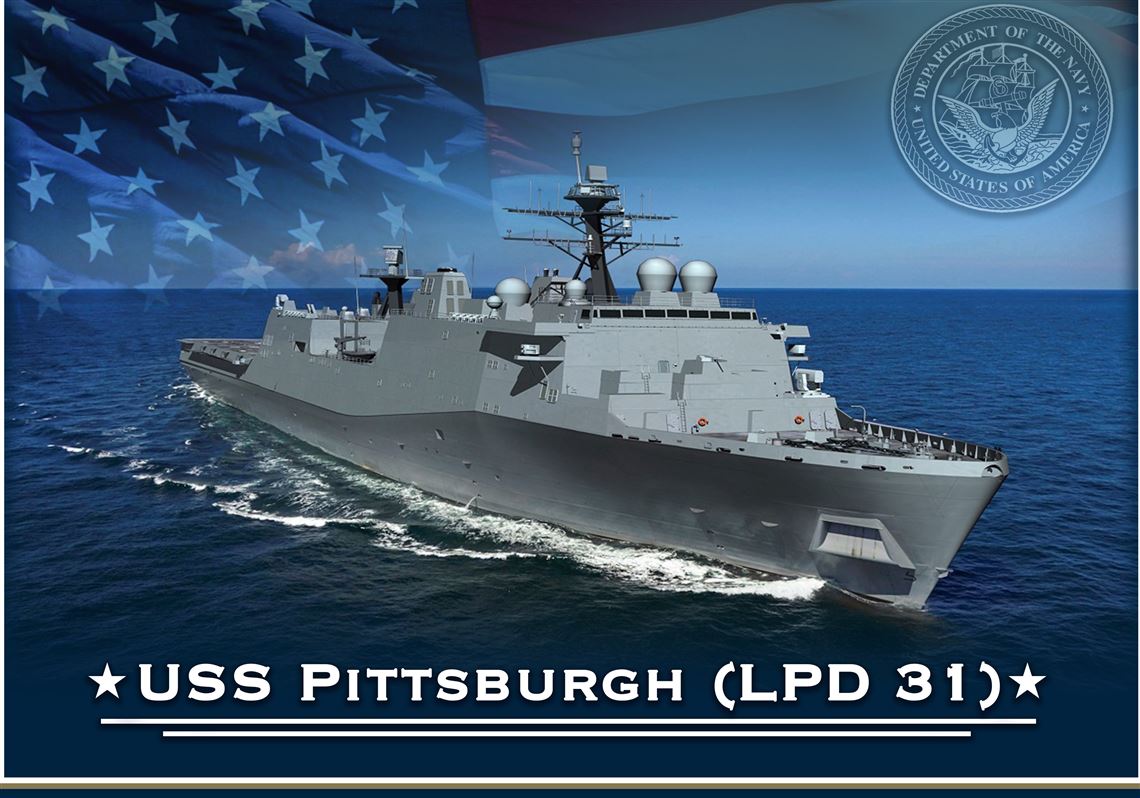 Edited from the Pittsburgh Post-Gazette, January 18, 2021

The last U.S. Navy vessel named for the city of Pittsburgh, a submarine, retired in 2019 after 35 years at sea, but the Navy announced that a new ship will bear the city's name.

Navy Secretary Kenneth Braithwaite said a future San Antonio-class amphibious transport dock will be the USS Pittsburgh (LPD-31), the fifth Navy vessel to honor the city.  With Marines embarked, the ship has a crew of over 1000 Officers, Chiefs and enlisted.  The normal crew size is a little over 350 - about three times the crew size our beloved USS Pittsburgh SSN 720 submarine.

"As a proud resident of the Keystone State, I know that Pittsburgh is a proud city with a strong legacy of service to our nation," Mr. Braithwaite said in a Navy video. "And the name USS Pittsburgh has served the Navy well."

Prior ships bearing the name of the city were a Union ironclad, cruisers in both world wars and most recently a Los Angeles-class attack sub that completed its final tour in 2019.

"I am confident that the crew of the future Pittsburgh will demonstrate the same excellence in support of amphibious and littoral operations around the world,” Braithwaite said.

The new 25,000-ton USS Pittsburgh was ordered in April, 2020 and is being built at a Mississippi shipyard by Huntington Ingalls Industries.  The San Antonio-class amphibious transport docks are designed to transport troops and equipment to battle zones around the world. The class includes the USS New York, the first of three LPDs built in honor of the victims of the 9/11 terror attacks. The New York's bow stem was cast using steel salvaged from the World Trade Center. The others are the USS Somerset, site of the crash of Flight 93 on 9/11, and the USS Arlington, where another plane hit the Pentagon. Materials from the sites were incorporated into both ships.

The class also includes USS Harrisburg, being built in the same shipyard as the Pittsburgh.

The last USS Pittsburgh was a submarine launched in 1984 and saw action in both Iraq wars. It marked its 1,000th dive in November 2017, after which the crew posed for a picture holding a Terrible Towel, shown in the Legacy tab on our website.

Our own Captain Polly Bozdech-Veater (USN ret.) was privileged to have a fireside chat with the City of Pittsburgh Talent Acquisition Senior Director on Veterans Day.  Polly discussed her Navy career, the local Navy League in Pittsburgh, and her passion for supporting local veterans and active duty personnel.

Here's a link to the event: 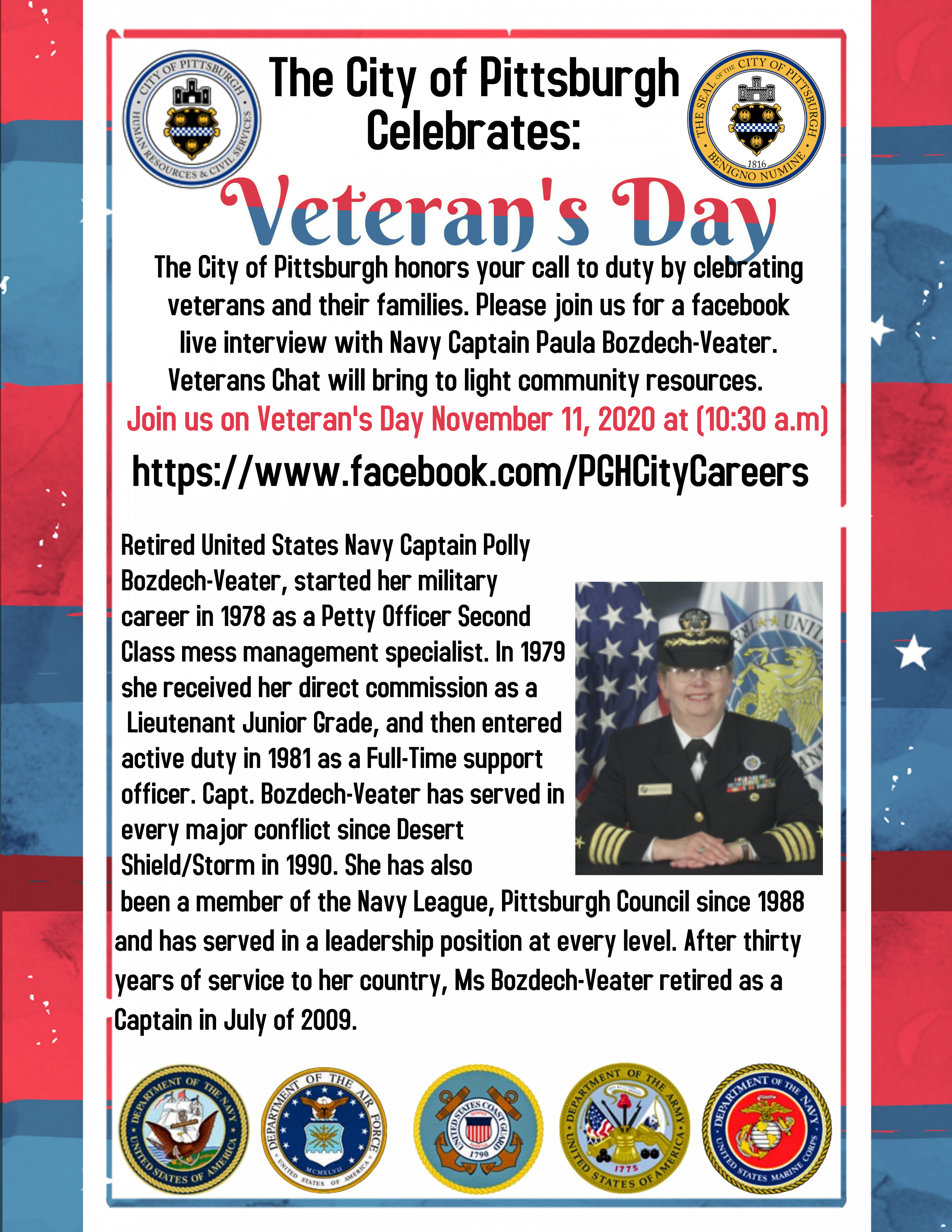 Our Council was honored  to have RDML Aiken present to us in July, 2020.  RDML Aiken is Commander, Carrier Strike Group Three.  Click on "Council News and Features, Full Stories"" to view the webinar. 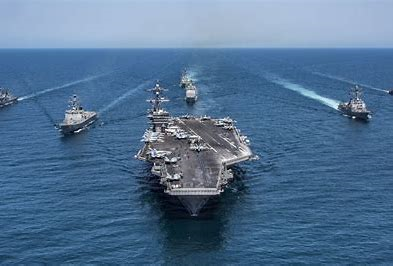 We have in our inventory a small number of USS Pittsburgh memorabilia items.  Since the USS Pittsburgh has been deactivated, once they are gone, we will not have any future memorabilia inventory to remember this boat.  These make great holiday items to remember and to celebrate this fast attack submarine Pittsburgh namesake.  The following listing displays the item, the quantity available and price (shipping charges are included).

A study conducted by NIH (National Institute of Health) found that veterans are twice as likely to develop dementia. Aside from the normal aging process, traumatic brain injuries and post-traumatic stress disorder make veterans more vulnerable to dementia than the general population.

To help veterans and their families, we have been provided with a guide to memory care for veterans This resource goes over dementia in detail and shares treatment options as well as available VA programs and resources.

You can view the guide here: https://wwwmemorycare.com/veterans/.

Our Navy League Council has no affiliation with this organization.


On Thursday, February 16 from 11 am to 2 pm (Eastern Time), there will be a Virtual Military-Friendly Job Fair to connect transitioning service members, National Guardsmen, Reservists, veterans, and military spouses with a great group of employers. Further information below.

Interview with top Companies and Government Agencies
seeking military-experienced talent! You are invited to participate in the Virtual Military-Friendly Job Fair, to be held online. This job fair will connect transitioning service members, National Guardsmen, Reservists, veterans, and military spouses with employers nationwide.

To register for the job fair, visit:

https://pvapi.premiervirtual.com/s/xvjg5x and click on "Register for Event" All registered job seekers will receive the Job Fair Guide, Employer Directory, and a link to the recorded Virtual Job Fair Training Webinar prior to the event.

The newly updated Resource List (October 12, 2022) is posted in the Council News and Features section (at the bottom of the page).  This is a comprehensive listing of local resources specifically available for veterans and active duty military personnel.  Resource topics include military, legal, veterans, family, financial counseling, retail discounts and many more.

Facebook Pages Related to Pittsburgh and the Sea Services

The Navy League of the United States was founded in 1902 with the encouragement of President Theodore Roosevelt. The Navy League is unique among military-oriented associations in that it is a civilian organization dedicated to the education of our citizens, including our elected officials, and the support of the men and women of the sea services and their families.

The objective and purpose of the Navy League is twofold: educational and motivational. We must acquire and display before the citizens of our country information regarding the condition of our naval and maritime forces. We must awaken interest and support in all matters which aid our maritime capabilities.

To this end, the Navy League works closely with the Navy, Marine Corps, Coast Guard, and US-flag Merchant Marine through a network of 265 councils in the U.S. and around the world. The Navy League has more than 65,000 active members.

The Navy League supports America's young people through its youth programs, including sponsorship of the US Naval Sea Cadet Corps and the Navy League Scholarship Program. Individual councils are also involved in promoting youth-oriented activities in their communities such as NJROTC, MCJROTC, and ROTC units along with other recognized youth programs. Local councils and national headquarters provide over $200,000 in scholarships and awards every year.

Over the years, the Navy League has compiled an impressive record of accomplishments. Today the Navy League is widely respected by citizens, community and industrial leaders, and public officials. Navy League programs are welcomed in communities throughout the nation, and members are recognized for their integrity and patriotism.

To Join Navy League of the United States and the Pittsburgh Council, please go to the National Navy League site at:
http://www.navyleague.org